ShadeMap is a tool, developed by Mark Horridge, for shading or colouring regions of simple maps according to each region's "score". For example, you could produce a map of the world where each region was coloured according to income per capita, average life-span, or some other score. An example of such a map appears below.

Such maps are usually produced by sophisticated programs, such as MapInfo or ArcView, which require a considerable investment of money and learning time. By comparison, ShadeMap has very limited capabilities, but is free and simple to use. Several files of region outlines [Australia, USA, Russia, Indonesia, Brazil, Japan, China] are supplied, including maps of the world divided into the regions used by the GTAP model.

ShadeMap produces output files in either vector (EMF) or bitmap (BMP) format. You can paste these directly into Word or Powerpoint documents, or manipulate them further in a graphics editor.

In most applications of the GTAP model, the database is aggregated to distinguish fewer (bigger) regions. ShadeMap comes with a command-line program, AggMap, which enables the GTAP user to aggregate one of the maps listed above to their own regional aggregation. AggMap recognizes a command-line option, "/G", which causes it to read a regional aggregation scheme from one of the AGG text files used by the GTAPAgg and (pre-2012) FlexAgg programs.

The download below contains a tutorial document, SHADEMAP.PDF, to guide GTAP users through the steps of creating and modifying a map.

Instructions: download the ZIP file from the link below, and unzip it into an empty new folder (suggest C:\ShadeMap). Run the program ShadeMap.exe and study its online help for more guidance. Download 4.5 MB zip.
If you have problems seeing the online help file, you may find a solution in the Problems section of this page (search for "unblock").

The MIF/MID map files used by ShadeMap are in the older Mapinfo Interchange format. If you had a friend who knew about GIS, they could help you create other maps, by exporting region boundaries from other map formats to MIF/MID. The free QGIS program can do this job. Or, try the GeoConverter web service at: http://geoconverter.hsr.ch/ which accepts modern shape files from ArcGis and translates them into all kinds of formats including MIF/MID.

Tom Rutherford has developed a GAMS Interface to ShadeMap which you can get here. Another version, by Uwe Schneider, is here.

Update Aug 2015: Now ShadeMap has become more tolerant of variation in the MIF file format. Most likely, you will not have to edit a new MIF file.

Update Feb 2012: Added gtmap8.mif, a map of the 129 world regions of GTAP version 8 (and even including Tasmania).

Update Feb 2011: You can choose color and width for lines defining region boundaries. Previously all lines were black with the same linewidth.

Update Sep 2008: ShadeMap.exe has been updated to handle more regions and use double-precision arithmetic. 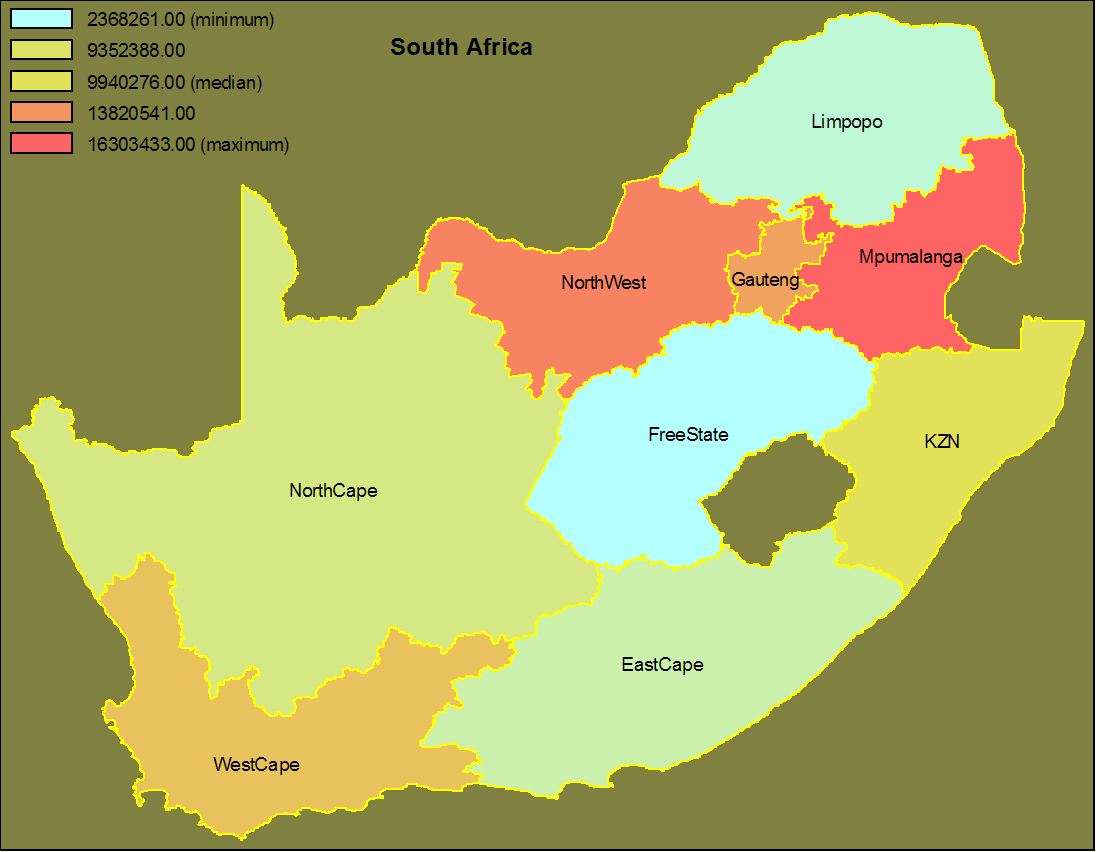 Complaints and suggestions to Mark.Horridge@gmail.com